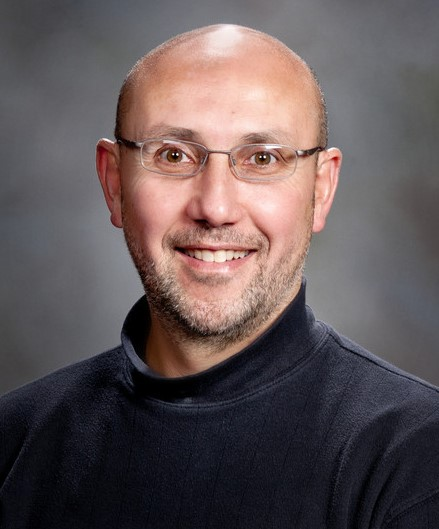 Hesham A. Rakha received the Ph.D degree from Queen's University, Kingston, Ontario, in 1993. He is currently the Samuel Reynolds Pritchard Professor of Engineering in the Department of Civil and Environmental Engineering and the Department of Electrical and Computer Engineering (Courtesy) at Virginia Tech, and the Director of the Center for Sustainable Mobility at the Virginia Tech Transportation Institute. His research focuses on large-scale transportation system optimization, modeling, and assessment. He works on optimizing transportation system operations, including vehicle routing, developing various network and traffic signal control algorithms, developing freeway control strategies (speed harmonization and ramp metering), and optimizing vehicle motion (lateral and lon.gitudinal control of connected automated vehicles (CAVs)) to enhance their efficiency and reduce their energy consumption while ensuring their safety. Dr. Rakha is a Fellow of the IEEE. He was the author/co-author of six conference best paper awards, namely: 19th ITS World Congress (2012), 20th ITS World Congress (2013), VEHITS (2016), VEHITS (2018), and TRB (2020); received the most cited paper award from the International Journal of Transportation Science and Technology (IJTST) in 2018; and received 1st place in the IEEE ITSC 2020 UAS4T Competition. In addition, Dr. Rakha received Virginia Tech's Dean's Award for Outstanding New Professor (2002), the College of Engineering Faculty Fellow Award (2004-2006), and the Dean's Award for Excellence in Research (2007). He is an Editor for Sensors (the Intelligent Sensors Section), an Academic Editor for the Journal of Advanced Transportation, an Associate Editor for the IEEE Transactions of Intelligent Transportation Systems and the Journal of Intelligent Transportation Systems: Technology, Planning and Operations. Furthermore, he is on the Editorial Board of the Transportation Letters: The International Journal of Transportation Research and the International Journal of Transportation Science and Technology

University of Illinois at Chicago

Ouri Wolfson's main research interests are in big data, distributed systems, mobile/pervasive computing, smart city, and connectomics. He received his B.A. degree in mathematics, and his Ph.D. degree in computer science from Courant Institute of Mathematical Sciences, New York University. He is currently the Richard and Loan Hill Professor of Computer Science at the University of Illinois at Chicago, and an Affiliate Professor in the Department of Computer Science at the University of Illinois at Urbana Champaign. He is the founder of Mobitrac, a high-tech startup that was acquired by Fluensee Co.; and the founder and president of Pirouette Software Inc. which specializes in mobile data management. He served as a consultant to Argonne National Laboratory, US Army Research Laboratories, DARPA, and NASA. Before joining the University of Illinois he has been on the computer science faculty at the Technion and Columbia University, and a Member of Technical Staff at Bell Laboratories.

Ouri Wolfson authored over 230 publications, and holds seven patents. He is a Fellow of the Association of Computing Machinery (ACM), a Fellow of the American Association for the Advancement of Science (AAAS), a Fellow of the Institute of Electrical and Electronics Engineers (IEEE), and a University of Illinois Scholar for 2009. He co-authored seven award winning papers, and served as a Distinguished Lecturer for the Association of Computing Machinery. Wolfson was the keynote and distinguished speaker at leading conferences and universities, most recently the Indo-US Workshop on Big Data Analysis for Transportation Engineering Systems, IITMadras, Chennai, India, Dec. 2016 and the International Conference on Mobile Data Management (MDM).

Ouri Wolfson serves on the editorial boards of several journals, and chaired leading conferences. He is the program co-chair of the 2020 Mobile Data Management (MDM) conference. His research has been funded by the National Science Foundation (NSF), Air Force Office of Scientific Research (AFOSR), Defense Advanced Research Projects Agency (DARPA), NATO, US Army, NASA, the New York State Science and Technology Foundation, Hughes Research Laboratories, Informix, Accenture, and Hitachi Co. During 2006-2015 he served as the Principal Investigator on a $3.1M NSF grant to establish a Ph.D. program in the new discipline of Computational Transportation Science. 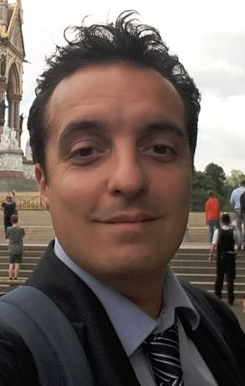 Scientific Director of the Smart Grids and Smart Cities Laboratory

Pierluigi Siano (M’09, SM’14) received the M.Sc. degree in electronic engineering and the Ph.D. degree in information and electrical engineering from the University of Salerno, Salerno, Italy, in 2001 and 2006, respectively.

He is a Professor and Scientific Director of the Smart Grids and Smart Cities Laboratory with the Department of Management & Innovation Systems, University of Salerno.

His research activities are centered on demand response, on energy management, on the integration of distributed energy resources in smart grids, on electricity markets and on planning and management of power systems.

In these research fields he has co-authored more than 500 articles including more than 300 international journal papers that received in Scopus more than 9700 citations with an H-index equal to 49.

He received the award as 2019 Highly cited Researcher by ISI Web of Science Group. He has been the Chair of the IES TC on Smart Grids.

A novel scalable and privacy-preserving distributed parallel optimization that allows the participation of large-scale aggregation of prosumers with residential PV-battery systems in the market for the ancillary service (ASM) is proposed in this paper.

The proposed LP-based optimization can be easily coded up and implemented on microcontrollers and connected to a designed Internet of Things (IoT) based architecture.

Day-ahead and real-time proposed optimization methods, by allocating the computational effort among local resources, are highly scalable and fulfil the privacy of prosumers.